Brian Kinning has a pure love for cycling and bikes. Brian specialized in his early years as a time trialist with some records to be proud of. Brian still cycles up to 300 miles a week at the age of 65, with the odd trip to Majorca where he could clock up 450 miles. Brian can be found doing many of the leisure and charity events throughout the year. With many years experience with bikes, Brian could not find any job too big or small.

Glenn has the same love for cycling. Glenn began mountain biking in 1999. By 2000 he was top of the game in Ireland, winning the Irish championships and competing at world level in numerous world championships. His biggest achievement came in 2002 when qualified to be the first ever mountain biker from Northern Ireland to compete in the Commonwealth Games. Over the next few years Glenn continued competing at the top of the mountain bike game, but recently he has found his love for road racing. By 2006 Glenn had made a name for himself in road racing in Ireland.

We do not have any reviews about Kinning Cycles available right now. 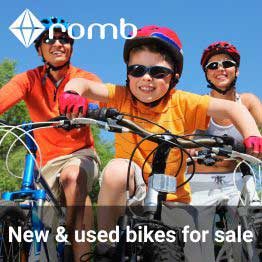