Hand Crafted Wheels is owned and run by Danny Walden who has been building wheels for many, many years. Danny is qualified to Cytech Level Two and reckons he must have built well over one thousand sets of wheels during his years in the cycle trade. For 2011 Hand Crafted Wheels have built the race hoops for the Torq Fitness team. The wheels were light and tight and should help the Torq Fitness Team to plenty of victories this year. Danny has been riding and repairing bikes for as long as he can remember.

Prior to working in the cycle trade Danny served in the Royal Navy attached to 845 and 846 Squadron Fleet Air Arm where he worked on Sea King helicopters all over the world. An ideal day for Danny would involve a 7:30am start and getting straight out on the bike for a few miles. Following a cafe stop (of course) it'd be straight home to start on the day's wheel builds in the workshop. The handcraftedwheels workshop is based in Lowestoft.

We do not have any reviews about Handcraftedwheels.co.uk Cycle Shop available right now. 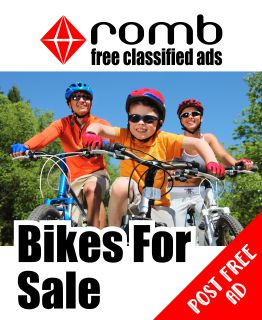